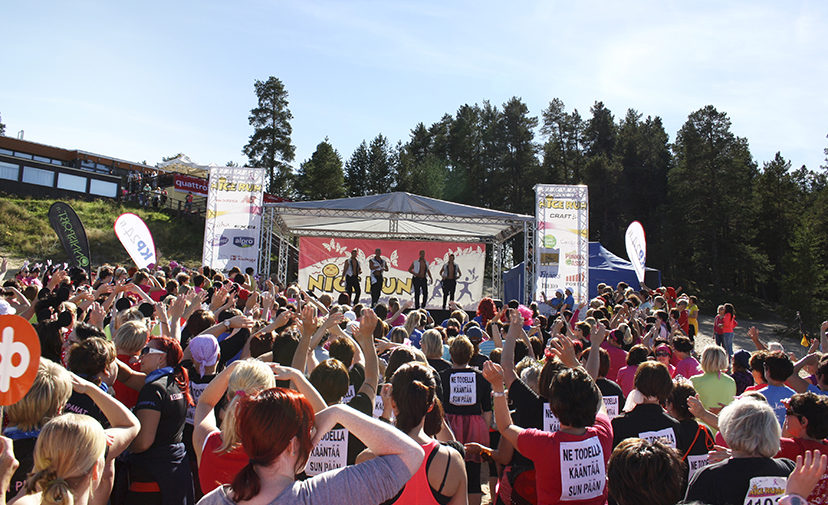 Kalajoki is known as a tourist municipality whose main attraction is Hiekkasärkät, sand dunes that span several kilometres. In addition to beach activities, summer in Kalajoki also offers a wide range of events to choose from, intended for different target groups.

The summer of events in Kalajoki and the entire summer season will kick off with the action-packed Kalabaliikki event on 10 and 11 June. The event will include activities for people of all ages and with various interests. X-Games Kalajoki will fill the visitor centre with experts of various extreme sports, such as parkour and BMX racing. The public will also have the opportunity to try parkour, i.e. to literally go up the wall. Visitors will also be able to try sumo wrestling, and the bravest of visitors can even do a bungee jump. Bouncy castles will be available for the youngest members of the family.

During the Kalabaliikki weekend, Kalajoki Top Camping will host a windsurfing and kiteboarding course race and the Kite Big Air. The event will also include a beach rescue demonstration that will be organised together with The Finnish Swimming Teaching and Lifesaving Federation (FSL).

For car enthusiasts, Kalajoki’s offering of events will include plenty of events to choose from. Fans of the Opel, BMW, Volkswagen and Fiat brands will gather together in Kalajoki on different weekends to spend a few summer days together and showcase their cars. Kalajoki will also be hosting a hot rod drag race and a tractor pulling competition.

In addition to motor sports, the coast will also serve as the arena for other sports competitions. The Beachfutis Finnish Open tournament will be held in Hiekkasärkät in mid-June, i.e. 17–18 June. This beach football tournament has been held every year since 2000, and it is the largest and longest-running tournament of its kind in Finland. The title of the strongest man on the coast will be decided at the beginning of July, i.e. on 9 July. July will also see a competition in ultimate, a team sport played with a frisbee, and we will find out who becomes the World Champion in beach floorball.

One must-visit destination for families with children is Kalajoki Summer Theatre, where the theatre group Willi Lakeus will be performing Ronia the Robber’s Daughter, a classic by Astrid Lindgren. The covered stands with their 400 seats are an excellent place to enjoy summer theatre. On Tuesdays between 13 June and 7 August, Children’s Tuesdays will be held at Havula Villa, located in Plassi, the old town of Kalajoki. The activities available will feature singing and adventure games, among other things. Families with children should also remember the Children’s Venetian Festival, which will take place at the end of August.

The summer will offer a variety of events for music enthusiasts, from individual concerts to festivals.  The Kalajoki Midsummer Festival will bring top artists in the Finnish pop and rap scene to the area, while the Kajari event that will be held at the end of July will gather together local rock bands. The multi-musical Camus Calla event week will be held in Kalajoki at the beginning of August, from 3 to 7 August.

Towards the beginning of August, from 5 to 7 August, Kalajoki will host the major international geocaching event Sea, Sand, Sun Kalajoki 2016. Thousands of geocaching enthusiasts are expected to come to Kalajoki for the event. On 20 August, women will flock to Hiekkasärkät in large numbers. The joyful sports festival Nice Run will gather a few thousand women together to participate in a 5-kilometre long run and a picnic. This year, the event will be complemented by a well-being fair, which will introduce visitors to companies in the wellness and fitness sector and provide information on the importance of healthy nutrition and mental well-being. The fair will also be attended by Ski Jumper Toni Nieminen, who is making a comeback to competitive ski jumping and aiming for the 2018 Winter Olympics in PyeongChang.

Other top athletes will also be visiting Kalajoki when Kalajoki’s own son Jussi Jokinen gathers NHL players in his hometown to play in the Hockey Carnival on 13 August. The NHL stars will be playing against Kalajoki’s own team, JHT. The aim is to collect money for the operations of the JHT juniors. The event will culminate in a gala dinner. In addition to Jokinen, our NHL stars Pekka Rinne, Leo Komarov, Aleksander Barkov and Joonas Donskoi have already confirmed that they will be attending the event.

‘The summer season will end with the Venetian Festival’s impressive firework display.’

The summer season will officially conclude with the Venetian Festival. Thousands of people will come to the end of the summer festival that will be held in Kalajoki from 26 to 28 August to enjoy the weekend’s diverse programme, performers and the impressive firework display.

Although the summer season will end with the Venetian Festival, Kalajoki is always full of events, so we recommend that you keep an eye on the event calendar!