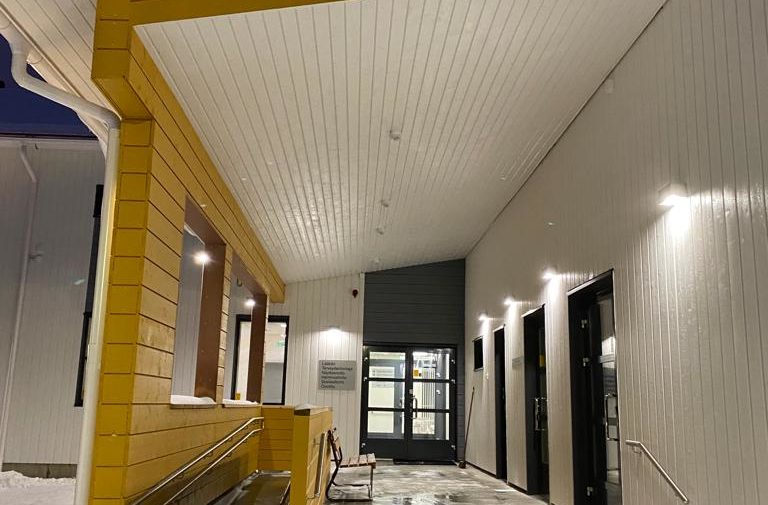 The new health centre in Himanka, in the City of Kalajoki, has been completed. The new magnificent facilities are ready to receive customers from January the 17th onwards.

Unfortunately, the traditional opening could not be held due to the Covid-19 situation, but anyone can explore the new premises in the form of an opening video (please, find the link below). In the future, the following services will be provided under the same roof in the health centre: reception of doctors and nurses, laboratory, oral health care, mental health and substance abuse services, social services and counselling.

“As the former health centre was built in 1966, and later expanded and renovated, had come to the end of its lifecycle, a new health centre has been desired for a long time. For several council terms, attempts have been made to advance the new health centre in Himanka, until at the beginning of the last term, we – the inhabitants of Himanka, met together and decided that our number one goal for this term would be to get a new health centre for Himanka. The matter proceeded well with all the council groups: in 2019, the funding was set aside for planning, and now the new health centre is ready at the very last minute before the upcoming sote; Finland’s health and social services reform.

I hope that the new modern facilities and equipment will convince the future wellbeing services county of North Ostrobothnia to commit to using these facilities even after the first three years of the transition period,” Eija Pahkala, Chairperson of the City Council of Kalajoki, comments on the acquisition process of the new premises.

The starting point of the project was to design and build healthy, safe and long-lasting facilities that best serve the organisation of services. The property was constructed with a ventilated subfloor, a reinforced concrete frame and ventilation in accordance with the S2 classification requirements of Indoor Environment target values for indoor environments. In addition, attention was paid to sound insulation as the building is located near route 8. The building has e.g. soundproof windows. The requirements during construction were e.g. P1 cleanliness classification requirements and Kuivaketju10, the operations model that reduces 80 percent of the moisture damage happening on construction sites.

“The project went well in terms of both design and construction, and the building was completed as planned by the end of 2021. The cost of the whole project is about €2.3 million,” says Marko Raiman, Technical Director of the City of Kalajoki.

“In terms of social and health services, today is a day for celebration when we introduce a new health centre in Himanka. This fine building is a great example of consistent improvement in services. Hopefully this will also serve the needs of the wellbeing services county of North Ostrobothnia, and there will be plenty of joy for our customers and staff,” says Jukka Puoskari, Mayor of the City of Kalajoki in his opening speech.

The full opening video of the Himanka Health Centre can be viewed here: www.kalajoki.fi/terveysaseman-avajaiset. (Speech and text only in Finnish)